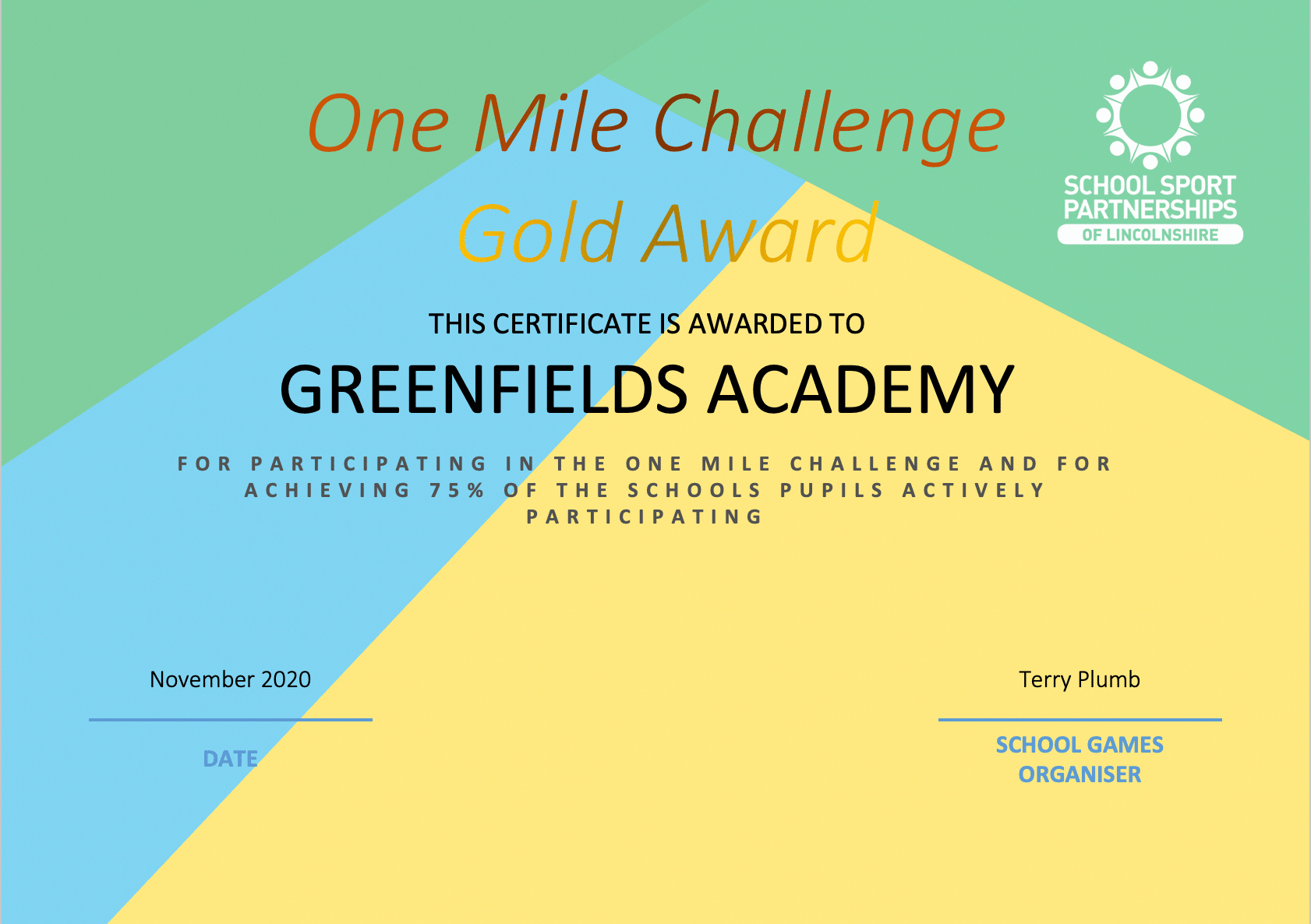 At the end of the first term, there was a regional competition running across many schools in Lincolnshire. This competition was organised and supported by the School Games Organiser and all entries were submitted through a virtual platform.

The competition was a 1 mile challenge aimed at Key Stage 1 & 2 (Primary) of which Greenfields Academy pupils contributed enormously. Many pupils worked extremely hard, pushed themselves as much as possible and evidently contributed not only to their own school houses but also had a collective impact to achieved a Gold Award for the school.