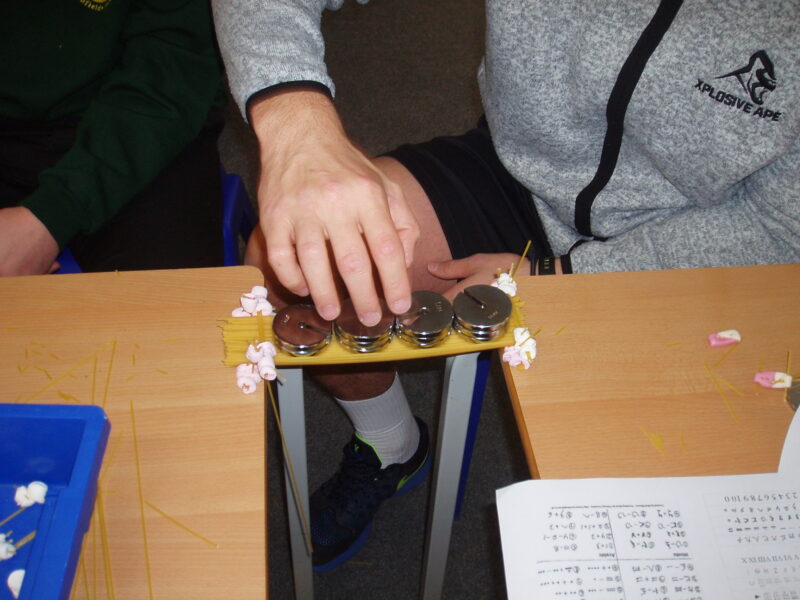 Today is the International Day for Mathematics and Greenfields Academy took part.

Primary pupils completed an ancient Mathematics numeracy challenge during the morning. They had to solve a series of questions using Babylonian, Egyptian, Greek or Roman numbers.

Year 9 participated in a ‘bridge challenge’ where they were tasked to make a series of bridges using spaghetti held together with marshmallows. They then had to explore surface area, which shapes were strongest, and the cost to build, as part of their curriculum.

Year 7 pupils have been conducting experiments and building upon their prior practical knowledge by safely placing different chemicals into flames to see how fireworks work, and how Warner Bros did some of their special effects for Harry Potter!